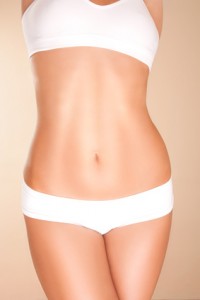 A Liposuction is very common in terms of aesthetic surgery and is mostly used if single parts of the body are covered with local fat deposits, also known as fat pads. These change the body’s silhouette and often settle at the hips, the belly, the thighs and the butt. Such fat deposits can influence ones self-esteems and can lead to a negative body image.

A local fat accumulation can have several reasons. The most common reasons are ageing processes, metabolic changes and weight fluctuations. Affected persons are often overweight, but also thin woman can have fat deposits at single parts of the body. Moreover, the occurrence of a lipoedema is imaginable, which means an abnormal deposition of fat. The body often seems to be asymmetrical and affected parts of the body can be even seen under clothes. A Liposuction is mostly carried out at the belly, the outer thighs, the edges, the inner thighs and the knees, but it can also be combined with a Tummy Tuck or Thigh Lifting. In these cases several small cuts are set in order to highlight the natural and aesthetic form of the body. It is important that the patient tries to keep the weight constant after the surgery because a Liposuction does not prevent a new weight gain.

Experience by more than 1000+ successful surgeries

FModern WAL-technique is used for a Liposuction, which only has a small impact on the body and works precisely. A tumescence is inserted into the area where the Liposuction should take place. This is a mixture of narcotics, sodium chloride and a blood circulation reducing medication. It ensures a swelling of fat cells and therefore an easier suction. At the same time, it functions as a pain reliever and can relieve the pain during the surgery. The bleeding calming addition helps to keep the operation area clean in order to have a clear view. A good skin quality is important for an optimal result, which is why a physical examination is obligatory in advance. If excess skin is determined, the surgeon will not recommend a Liposuction because it would only lead to even more excessive skin. In that case, the doctor and the patient will discuss alternative methods, such as a combined surgery with akin tightening. Moreover, some restrictions have to be considered, amongst other things a planned pregnancy or a strong overweight. If last one is the case, a healthy diet and sport activities should be tried first in order to reduce the weight. If fat deposits are still available afterwards, the surgery is still an option.

A Liposuction can either be carried out ambulatory or stationary, depending on the amount of fat that has to be sucked off. Smaller surgeries contain less risks and are carried out under local anaesthesia.

There is certain risk such as with any surgery, but the Liposuction is known as containing rare risk. The risk increases with the amount of fat mass that should be eliminated. Swellings and bruises are common, but the pain will be low in general. Within the sucked region the sensibility is often limited, but this situation only lasts for one to two weeks. It is highly recommended to wear a compression corsage for six to twelve weeks, depending on the body part and fat mass. Moreover, sports should be avoided for six to eight weeks. The final result can be marveled after six to nine months.

If you have further questions concerning the surgery, we are pleased to advise you personally.

We are pleased to help you! 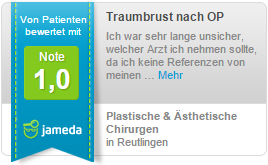 Cookies help us in providing our services. By using the offer, you agree that we set cookies. More INFO